I have been a longtime soap opera fan. In 1997, one of my favorite actresses gave birth to a deaf son. I read that she was getting a cochlear implant for him. I was really intrigued 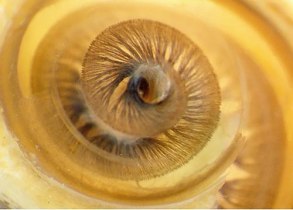 and did some research about this device. I had discussions with people because I thought, “Wow, what an amazing device… this was one lucky kid to have parents who could afford something like this.” They stated that insurance wasn’t going to cover the cost of the implant for him. I would later find out that insurance started covering cochlear implants. This was my first exposure to the wonders of the cochlear implant.

Fast forward to 2002 when I started to notice that my husband was mumbling. It didn’t dawn on me that I was starting to lose my hearing because he was the only one mumbling. I later found out that I was having difficulty hearing male voice verses female voices.  A year went by when I felt that I needed to get a hearing test to find out, if in fact, I was starting to lose my hearing. What prompted me was the constant tinnitus I was experiencing and being told that was not normal. Even at this point I was able to hear female voices well, but male voices were still difficult.

The audiologist who performed my hearing test told me I would benefit from hearing aids, but my hearing loss was only moderate. In my opinion, I was still able to hear well enough that I wasn’t ready to spend the money for hearing aids and adding to an extra routine to my already busy day.

Everything was going well for me. I was able to stay socially active and started working as a contractor for several companies as a secret shopper. This is the type of job that requires a keen sense of hearing and I was managing fine evaluating employees. It wasn’t until January 2007 during a phone evaluation, I noticed that my hearing took a sudden turn for the worse. I could not hear the person on the other end. Thinking that we had a bad connection, I told the person I would call them back. I soon found out that it wasn’t a bad connection, but that overnight I lost a substantial amount of hearing. At that point, I ended the call and decided that I needed to get those hearing aids the audiologist told me about. That was one of my wake-up calls.

I made an appointment with a doctor of audiology to have my hearing tested, as well as researched caption phones. I found out that my phone company provided caption phones for no cost and proceeded to do the necessary paperwork to get one.

During all of this, I never panicked about my hearing loss. I never lost faith that I wouldn’t get my hearing back. I’m not sure if it was the fact that all those years ago I read the article about my favorite actresses’ son getting an implant or the research I had done on cochlear implants. But, I was really at peace and all I knew was that I wanted to hear again.

I was anxious the day of my appointment. I’m not sure what I was expecting. Was I going to go home with hearing aids that day? Was I going to be given worse news than just hearing loss? What was it going to be like to sit in a sound booth and not hear? As it turned out, I found out again that I would benefit from hearing aids and my hearing loss had gone from moderate to severe and in some pitches, profound. My doctor ordered hearing aids, I made my next appointment and went home.

After trying three different hearing aids and still struggling with speech, I knew that I wanted Cochlear Implants before the doctor even mentioned them. Who knew that 10 years after learning about cochlear implants and being so intrigued with them, I would

And so, I started my cochlear implant journey. It was the first time in my life I wanted to fail a test. In order to get a cochlear implant you must qualify, so failing the hearing test is one step. At this point I was only severely deaf. The clinic I called told me I wasn’t a candidate and I was given information on a support group. But, my gut told me I was. I was having a hard time hearing speech. When the doctor spoke slowly, I was able to understand, but in the real-world people don’t do that. It’s not natural. I started to go to support group meetings and I think the people there thought I was trying to decide whether or not I wanted a cochlear implant, but I really just wanted to learn from people who had them. I found out that having a low speech recognition score would qualify me for implants. I called the clinic back and was denied an appointment. My next call was to my insurance company where I explained my situation and asked for a referral for testing. I was granted the referral and called the clinic back and insisted on an appointment.

On the day of testing, I was told it would take about two hours. TWO hours in a sound booth. But I was okay with that because I knew I would qualify. I told my husband that he didn’t need to wait for me; if he wanted to go do something he could. He decided to wait.

This was a life-changing experience for me. I could not believe I was at a hearing clinic getting ready to be tested for a cochlear implant. I couldn’t believe I had lost my hearing. I was a nervous-wreck. What if my gut was wrong? What if I didn’t qualify? What was I going to do? At this point, I was carrying a pen and a pad of paper to communicate and I was using a corded caption phone. CORDED!

The last 10 years have been a life-changing, learning, challenging experience. I have

said it so many times, but the cochlear implant gave me back what I lost, my hearing. I am a very social person. Anyone who knows me, knows I love to talk, but more importantly I love to listen. I have always been the friend who lends an “ear” and offers advice when asked. For a short time, I couldn’t do those things. After my implant, I can do that and so much more. I went on to compete on the TV Reality Show Survivor. I was able to spread the word and educate the world about cochlear implants. I had such a phenomenal experience that I have been asked by Hearing-loss Conferences to speak at their events. In addition to helping and listening to friends, I started to help, mentor and inspire complete strangers that anything is possible and to never give up on yourself or your dreams.  I also continue to be actively involved, as a volunteer, in Cochlear Americas Awareness Network.

I am an active person. I am involved in a lot of outdoor activities and because of my implant I have the confidence to continue these activities. On a recent vacation, my husband and I decided to try Stand Up Paddle Boarding that also included some snorkeling. I have a special sleeve that allows me to wear my sound processor in the water called the Aqua+.  People with normal hearing wouldn’t think twice about an activity like this and hearing. It’s natural, right? For me, I couldn’t imagine being out in the middle of the Caribbean Sea and not being able to communicate with the other people. I am so thankful that I was able to not only try something new like Stand Up Paddle Boarding, but I was able to go out with a group of strangers and communicate, listen to the waves and understand the instructions that were given to me.

People ask me if I’m afraid… afraid to drive, afraid of social situations, afraid to work, afraid to leave the house. My answer is always the same: No! Why, you might ask? Because my cochlear implant has given me the confidence I have always had and lost for a short time.

Not only that, the cochlear implant opened a whole new world for me. It has taught me struggle, compassion and empathy. I have made so many new friendships through my hearing loss and cochlear implant journey.

If you are struggling with hearing loss, consider this your wake-up call, and learn more about Cochlear Implants here:  www.cochlear.com/us/wakeupcall.

Views expressed here are my own. Consult your hearing health provider to determine if you are a candidate for Cochlear technology. Outcomes and results may vary.